Fritz Schwarz-Waldegg was born on March 1, 1889 in Vienna, Austria, and died on September 4, 1942 in Trostinets extermination camp in Minsk, Belarus. He was an Austrian painter.

He grew up as the young avant-garde artists of the Secession (formed in 1897) were establishing themselves. Schwarz-Waldegg served in the 1914-18 war and then continued with his art, being President of the Hagenbund. 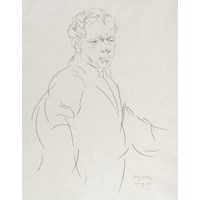 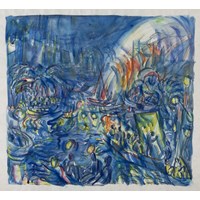 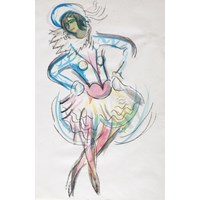 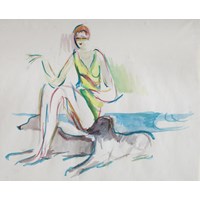 Fashion Drawing, Woman and a Dog