He was a German painter and graphic designer. He made several prints in the stark German tradition, many of men and women working in the fields, and much admired Van Gogh.

He served in the First World War from the first day and was killed in action in 1917. 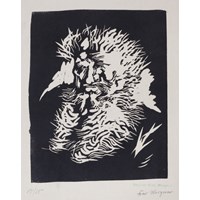 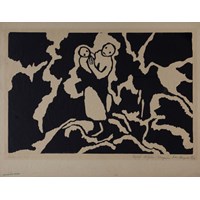 Peasant Woman with Spade and Basket