Christian Rohlfs (1849-1938) was born in Nierendorf and studied first in Berlin and then in Weimar where he met Liebermann in 1874.

In 1901, he left Weimar and, following an invitation by the collector Karl Ernst Osthaus, went to Hagen where he established a studio in the Folkwang Museum. Through the museum’s large Post-Impressionism collection, Rohlfs came into contact with the works of Van Gogh, Cézanne and Gauguin. He met Edvard Munch in 1904 and befriended Nolde in 1906.

In 1924, he became a member of the Prussian Academy and was invited by Walter Kaesbach to Erfurt, where he gained commissions from the collector Alfred Hess.

In 1936 the National Socialists expelled him from the Academy and in the same year, they closed Rohlfs’s exhibition at the Barimer Ruhmershalle. One year later, 412 of his works were removed from public collections. Rohlfs died in the following year.

Christian Rohlfs was a painter and printmaker and initially his style was influenced by the academic tradition. However, throughout his life he was affected by and experimented with the Naturalist, Impressionist and Neo-Impressionist style until he adapted a more Expressionist approach from 1904 onwards. In 1908, under influence of the “Brücke” group, he produced his first prints. His subject matters and motifs vary, covering landscape paintings and portraits. However, in response to the First World War, biblical themes decrease. 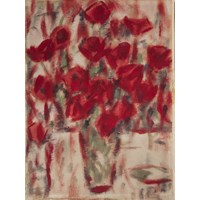 Red Poppies in a Vase 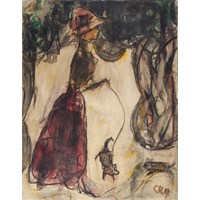 Woman With a Dog on a Lead 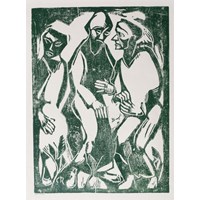 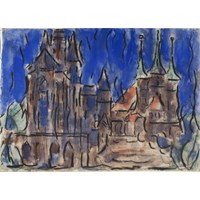 Cathedral and St.Severus Church at Erfurt 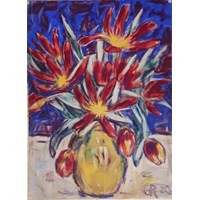 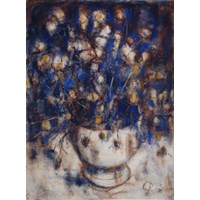 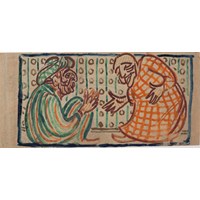