Curt Herrmann was born on 1st February, 1854 in Merseburg, Germany and died on 13th September, 1929 in Erlangen, Germany.

Herrmann studied in Berlin with Karl Steffeck, and in Munich, setting up an art school in Berlin in the 1890s.

He represents more of the impressionist aspects of German 20th century art along with Max Liebermann though they were known as great rivals in Berlin. 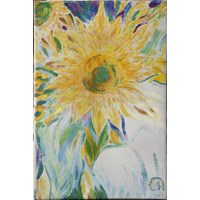