Heinrich Campendonk was born 3rd November 1889 in Krefeld, Germany and died 9th May 1957 in Amsterdam.

As a young artist, he took part in the first exhibition of Der Blaue Reiter in December 1911 in Munich. Contact with the artists in Der Blaue Reiter had a profound influence on his work, and for a while he emulated Marc’s pure colours and prismatic forms but after the First World War he developed the decorative primitivism for which he is best known. 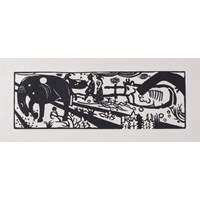 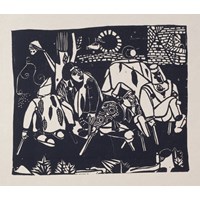 The Beggars, after Bruegel