Ludwig Meidner (1884-1966) was born in Bernstadt in Silesia and worked as a plasterer and fashion designer before he studied art in Breslau from 1903-05.

From 1906-07, he studied in Paris where he befriended Amedeo Modigliani. After his return to Berlin he joined the group “Pathetiker” and exhibited his artworks, with Jakob Steinhard and Richard Janthur, at Herwarth Walden’s der Sturm Gallery.

In the following years until the outbreak of the war, his studio became a home for Berlin artists and writers such as Conrad Felixmüller and George Grosz. After experiencing the First World War he joined the “Novembergruppe” in Berlin in 1918.

During the Third Reich, the Jewish artist Meidner was persecuted by the Nazis, and 84 of his artworks were declared as “Degenerate Art” and removed from public museums. Meidner escaped to Britain in 1939 but returned to Germany in 1953.

Ludwig Meidner was a painter, printmaker and writer. His subject matter varies but in addition to portraiture including self-portraits, Meidner is known for Berlin Street scenes and apocalyptic landscapes reflecting his rejection of war, many produced before the outbreak of the First World War. In many of his works the influence of Impressionist artists as well as stylistic similarities to Van Gogh and Cezanne are visible.

Watch a film about Ludwig Meidner. 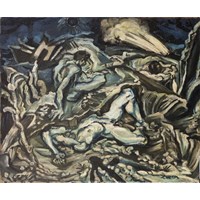 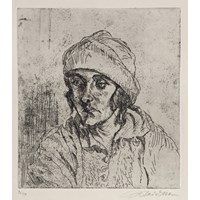 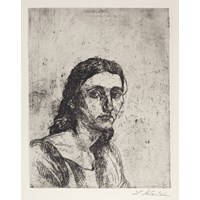 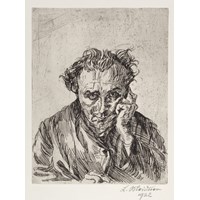 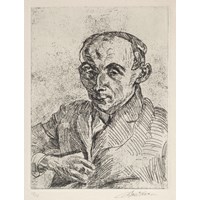 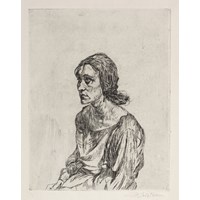 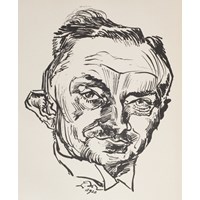 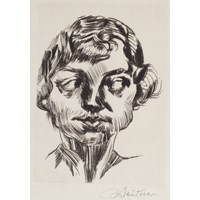 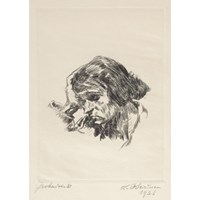 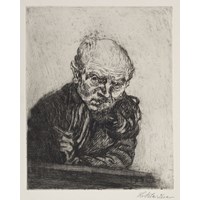 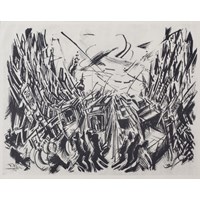 Streets and Cafes: Street at Kreuzberg 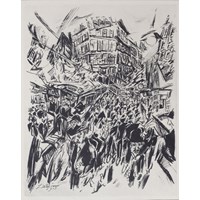 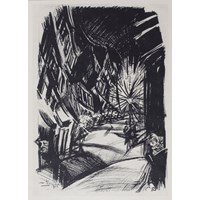 Streets and Cafes: Remembering the Leipziger Strasse in Berlin 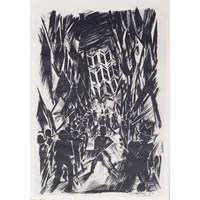 Streets and Cafes: Webergasse in Dresden 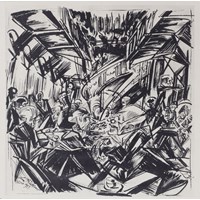 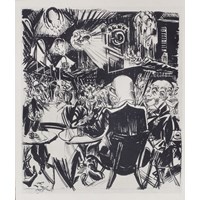 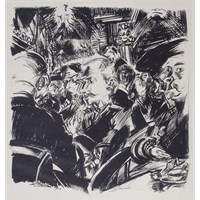 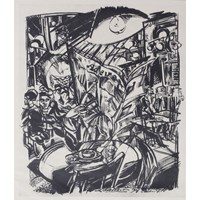 Streets and Cafes: Self-portrait at the Cafe Royal, Dresden 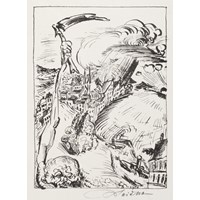 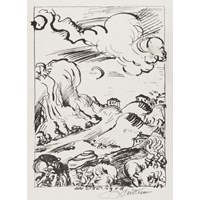 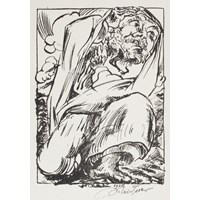 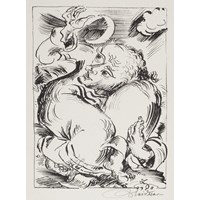