Greiner was a painter and printmaker, he started a lithography apprenticeship in Leipzig in 1884 and also took drawing lessons. Between 1888 and 1891 he studied at the Akademie der Bildenden Künste in Munich under Sándor Liezen-Mayer.

In the autumn of 1891 he made his first journey to Italy, visiting Florence and Rome, where he met and befriended Max Klinger.

Greiner’s work is based on careful graphic preparation and in particular on accurate life drawing. 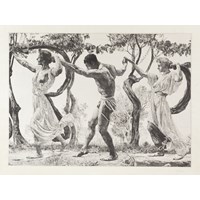 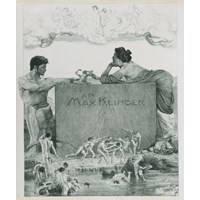