Corinth moved to Munich in 1891, joined the Munich Secession a year later, and in 1893 became one of the founders of the Free Artists Association.

In 1901 he settled permanently in Berlin and opened a private school for women painters. Together with Max Liebermann and Max Slevogt, Corinth soon dominated the Berlin Secession and became its president in 1915.

In December 1911 he suffered a stroke from which he never entirely recovered and which left him with a tremor in his right hand for the rest of his life. The years following this were nevertheless his most prolific: nearly 500 paintings, over 800 prints, and hundreds of drawings and watercolours. His style was more expressive due to his inability to be as exact as before but he was not an admirer of the Expressionists.

The Nazis only tolerated his early works, all those done after his stroke were denounced and over 200 were removed from museums, 7 of which were selected for the Degenerate Art exhibition in Munich in 1937. (Ref: Masterpieces of German Expressionism). 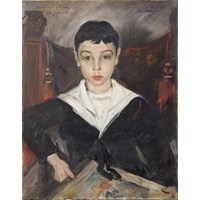 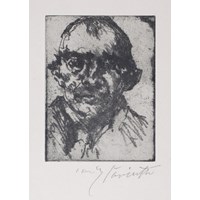 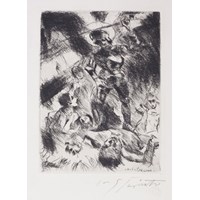 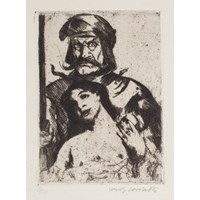 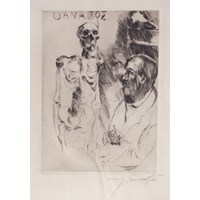 The Artist and Death I 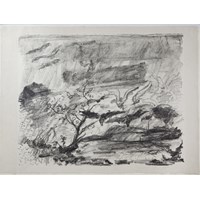