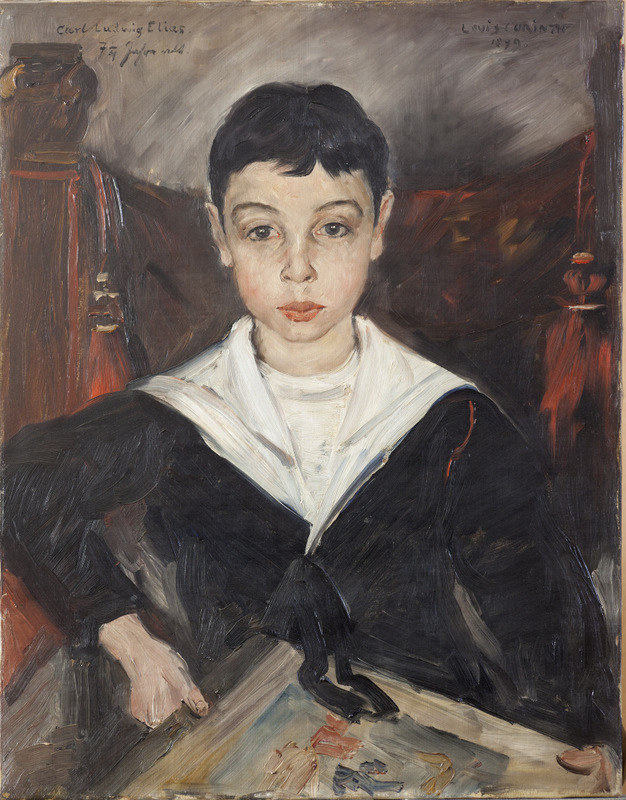 Carl Ludwig Elias was the son of the distinguished art critic, Dr Julius Elias, who did much to promote a true understanding of French Impressionism in Germany. He was a lawyer in Berlin and emigrated to Norway when the Nazis came to power. He was subsequently captured and died in a concentration camp.

The boy’s dignified composure is in keeping with the setting; an imposing carved chair with red tassles which dominates the background. The intensity of his gaze is highlighted by the careful depiction of the head and features offset by the free handling of the rest of the composition.