Ludwig von Hoffmann was one of the founder members in 1899 of the Berlin Secession. He developed a heightened Romantic, poetic feel to his art, idyllic landscapes populated with young men and girls; also illustrating the Jugendstil magazine Pan. In the 1920s however his work took on a more Expressionistic character, particularly in his printmaking. 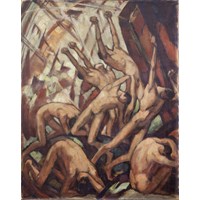 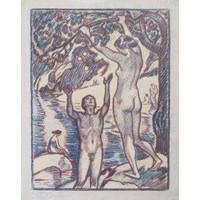 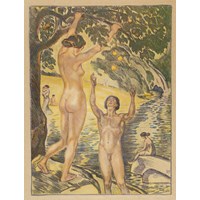 At the River (print) 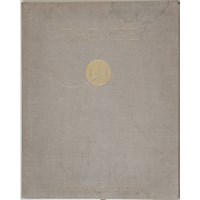 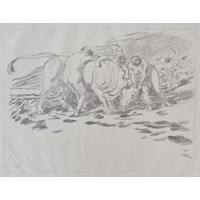 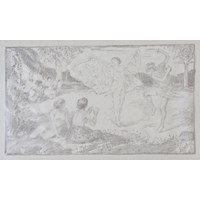 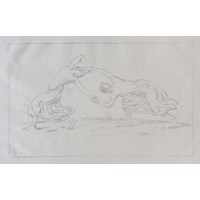 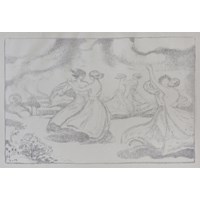 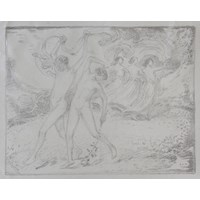 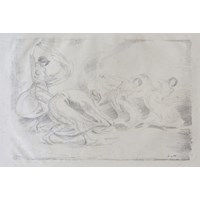 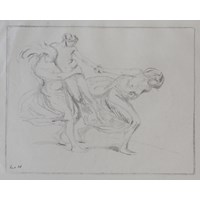 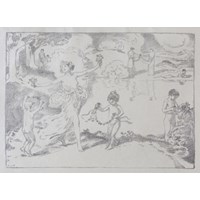 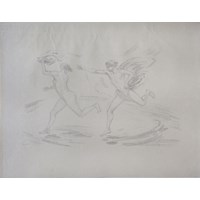 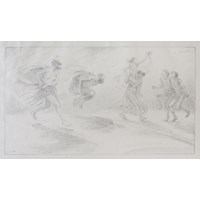 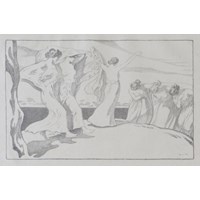