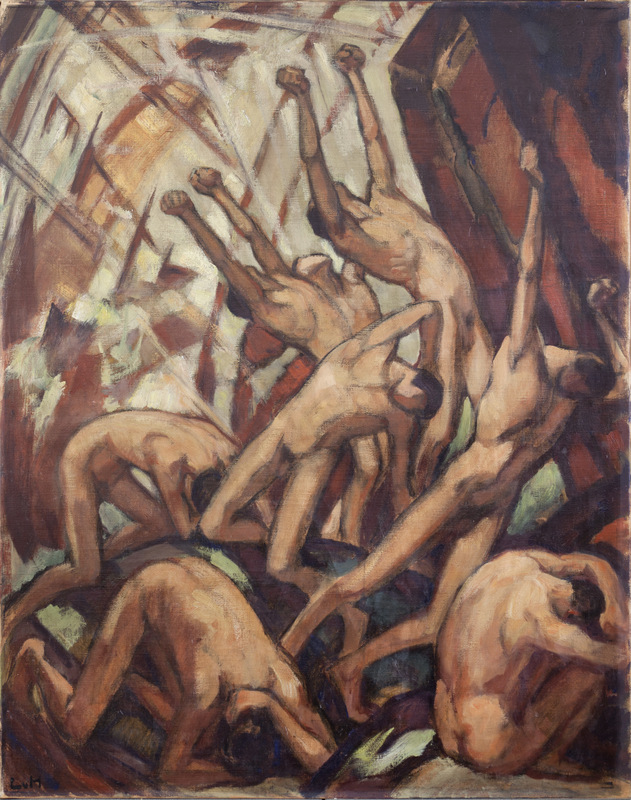 This painting, originally titled The Levelling, was originally thought to predate the First World War. However it was re-titled when two woodcuts and a drawing, all dated 1918 and all closely resembling the painting were discovered in the Ludwig von Hoffmann Archive, Zurich.

The drawing bore the inscription Zusammenbruch, which translates as ‘Breakdown’, showing the same naked figures cowering before an unassailable rock face bearing down on them. The painting is now seen as symbolic of the destruction of war.