Grossmann began his education in painting and printmaking at Dusseldorf Academy, and went on to study in Paris, under Lucien Simon and Poulerauce.

Though Berlin was his home, he would frequently visit France, both to work and exhibit, and for a brief time, to teach printmaking. During his time in France he met and became friends with artists Georg Grosz and Jules Pascin; while teaching, he introduced techniques to artist Sonia Delauney, eventually helping launch her career in the art world. 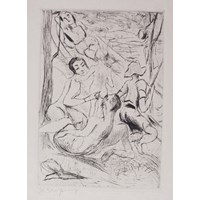 Untitled (Figures In A Landscape) 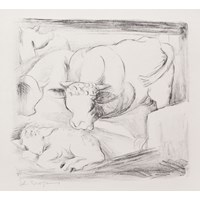 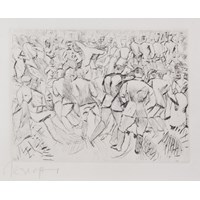 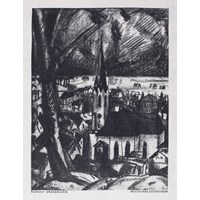