Karl Schmidt-Rottluff (1884-1976) was born in Rottluff and studied architecture in Dresden with Erich Heckel before they formed, with Bleyl and Kirchner, “die Brücke” in 1905. The group were influenced by the works of Nietzsche and Schmidt-Rottluff gave the group its name in reference to a quote by Nietzsche. Although he shared the studio with the other members in Dresden, Schmidt-Rottluff, who was both a painter and a printmaker, had kept a studio in Hamburg from 1910-11 before he moved with the “Brücke” to Berlin.

During the First World War he served with the German Forces but continued to produce woodcuts. The majority of his 663 prints were created between 1905 and 1927. During the Second World War 608 of his artworks were declared as “Degenerate Art” and removed from German museums and from 1941 onwards he was forbidden to paint.

An air raid destroyed his studio in Berlin along with many of his works.After the war he became a professor at the Academy of Fine Art in Berlin where he founded the Brücke Museum in 1967. He died in Berlin.

Like the other “Brücke” members, Schmidt-Rottluff experimented with a range of materials and media such as wood, paint, canvas and printmaking. Subjects of his early work vary greatly from nudes to northern landscapes, and towards the end of the First World War he turned to biblical motifs.

Schmidt-Rottluff, who rejected traditional art theory, was fascinated by African and Oceanic Art and influenced by the artworks in the Ethnographic Museum in Dresden. From 1911 onwards experiments with reduced and simplified forms, influenced by the so-called “primitive art”, can be observed in his work, and his style becomes more abstract and stylized through time. 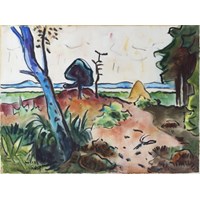 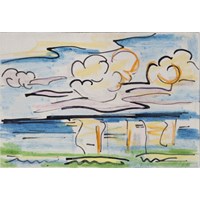 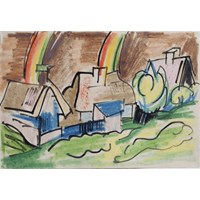 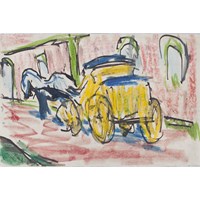 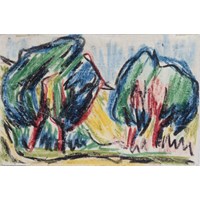 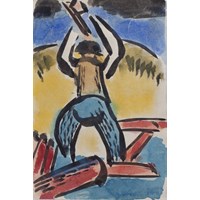 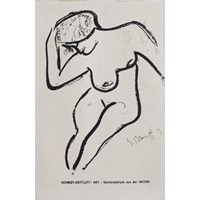 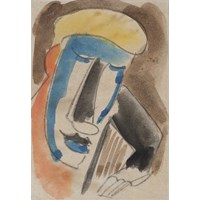 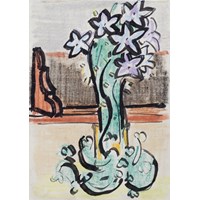 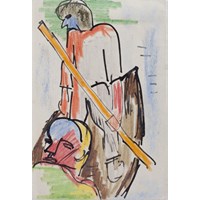 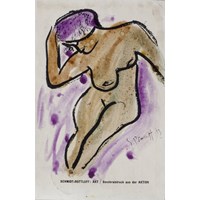 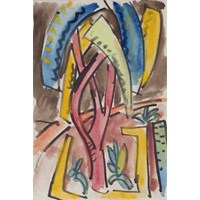 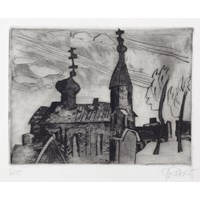 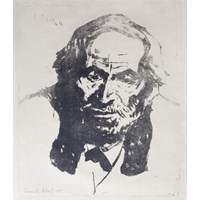 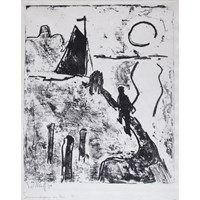 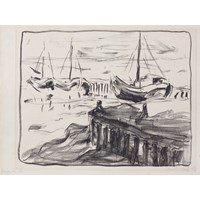 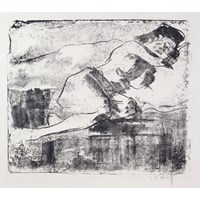 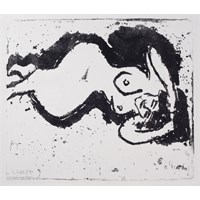 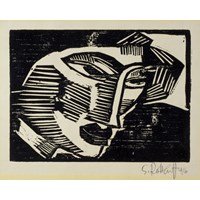 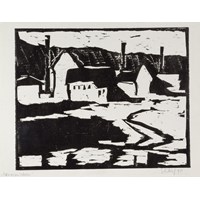 Houses by the Water 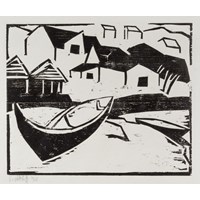 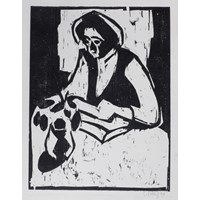 Woman at a table 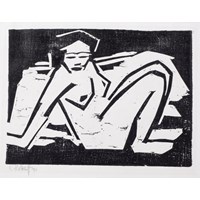 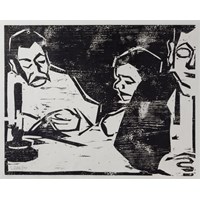