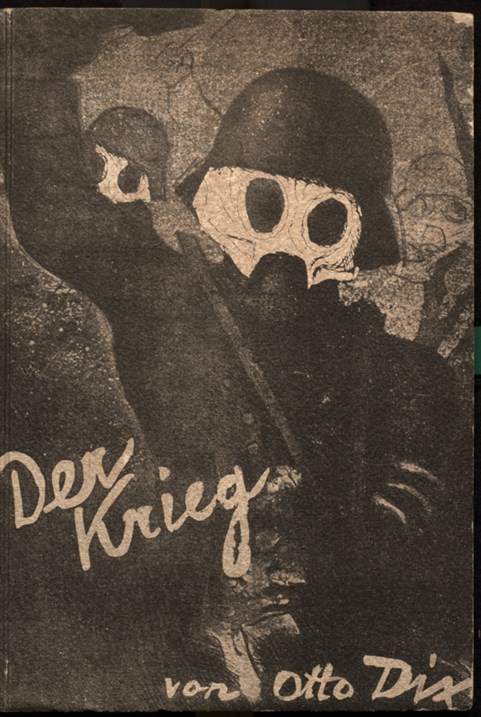 What is The War?

Otto Dix returned from the First World War a changed man. He had originally volunteered, and fought as a machine-gunner on the Western Front. He produced a series of prints in 1923-24, collectively titled ‘Der Krieg’ (The War), which summed up the horror and disgust he felt about the war he had only recently fought in. Leicester has one of the prints from this series, ‘Stormtroopers Advancing under Gas’. There were five portfolios, each with ten original prints.

Seventy sets of these were printed in the main edition. In 1924 a book illustrating the series was published by Karl Nierendorf in Berlin. For many people owning one of the original prints was expensive, but the book enabled the general public to see Otto Dix’s images in all their terrible detail. He was both horrified, and fascinated by the experience of war.