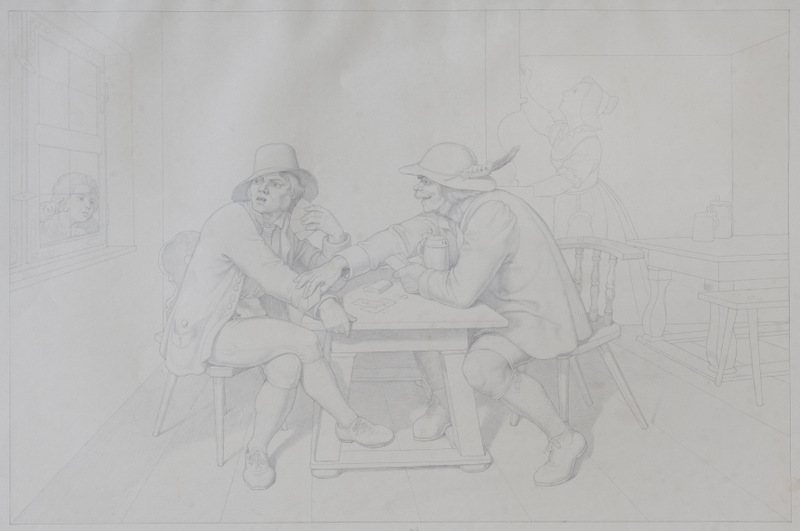 Leicester Museums received a set of nine drawings by von Kaulbach in 1926. They were thought to be illustrations to a story.  They are numbered so we know the order in which they should be viewed but we do not know what the story is. If you have any information, please get in touch with us at germanexpressionism@leicester.gov.uk

The fifth scene is also in the tavern but the two men who appeared in previous scenes to have been in dispute, are now seated opposite each other playing cards whilst the other men have gone. The young man still doesn’t appear to want to listen to the other man who looks to be trying to persuade him of something. Perhaps the young man is being warned by the person at the window.