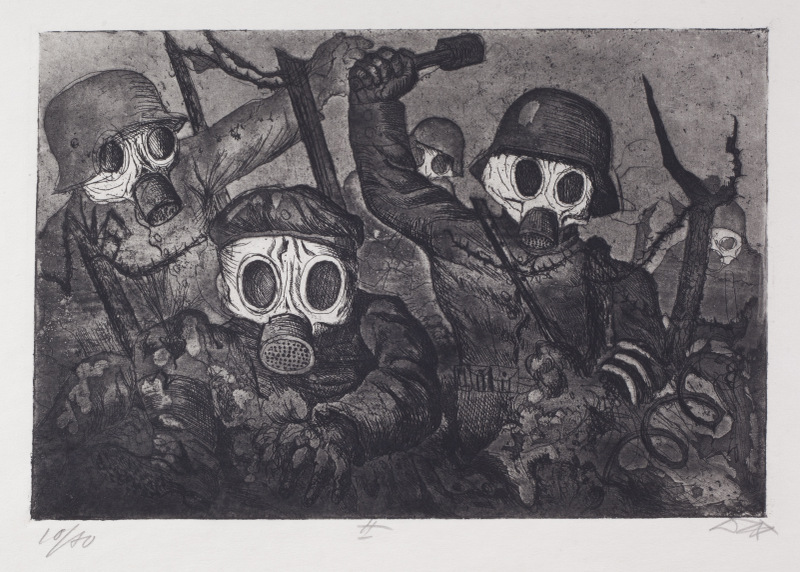 This is Plate 12 from the series of 50 entitled War, published by Karl Nierendorf in 1924. War is Dix’s best-known printed work, in which he depicted the horror of WWI as he had experienced it. Dix had made over 600 drawings while serving as a front-line gunner. While less disturbing than some of the other subjects, this plate presents a chilling image of violence, death and the depersonalisation of war.

Dix, Grosz and Beckmann were the chief left wing exponents of the New Objectivity movement. They uncompromisingly presented Germany’s social condition during the Weimar Republic, exposing the hypocrisy, violence and corruption behind the superficial appearance of wellbeing. Dix and Beckmann dominated German printmaking after the First World War.