The Virgin Appears to St. John by Albrecht Dürer 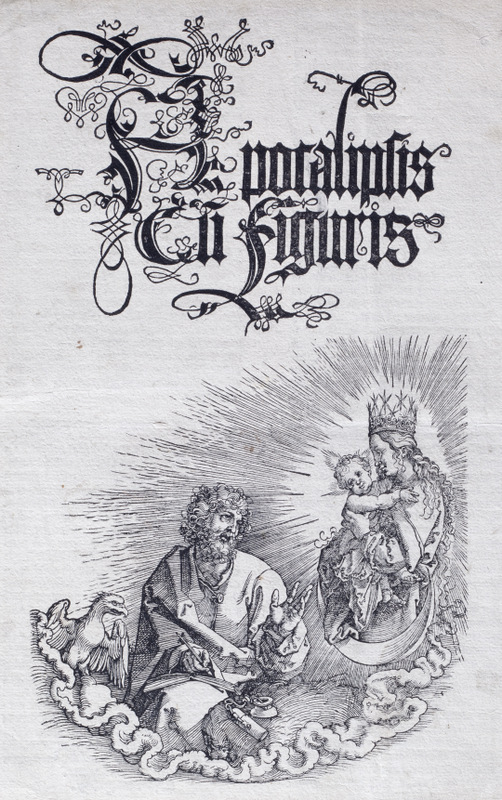 The title page to Dürer’s Apocalypse series shows the Virgin Mary with Christ, looking on at St. John, who is in the act of writing. The Revelation of John was written at the end of the first century AD, an allegory foretelling the destruction of the wicked, the defeat and casting out of Satan and the establishment of Christ’s Kingdom on earth.

When first written, the accounts expressed hope of deliverance for Christians suffering under pagan Roman oppression. For later artists and writers the figure of the beast was code for the papacy. In Dürer’s time public discontent with the Church meant that his terrifying visions of doomsday, published in a series of 15 woodcuts, were greeted with immediate success.