Kaulbach was a painter, illustrator, and muralist associated with the German Romantic movement.

He attended the Kunstakademie Düsseldorf under the direction of Peter von Cornelius (1783-1867), whom he followed to the Munich Academy in 1825.  Kaulbach designed many frescos for King Ludwig of Bavaria’s (1786-1868) building programme and was appointed Court Painter in 1837 and Director of the Munich Academy of Fine Arts in 1843, a position he held for 25 years.

Kaulbachis associated with the Düsseldorf School of Painting, which counts Arnold Böcklin, Paul Klee, Joseph Beuys, and Eugen Gomringer among its number.  His work drew on the popular themes of German romanticism: nationalism and history. However, some of his illustrations contained subtle ironic undertones; these are most apparent in his drawings for Reynard the Fox (1846–47).

Kaulbach’s most notable works include Narrenaus (1928) and the murals Destruction of Jerusalem (1836–46), Reineke Fuchs als Sieger (1846), Crusaders(1847–65), and Reformation (1847–65).  In all he must have covered acres of walls in Munich and Berlin in the style derived from that of late Raphael and Albrecht Dürer. His monumental approach to historical painting is said to have set the standard for several generations. 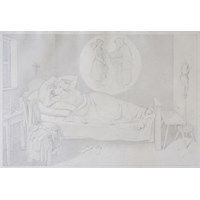 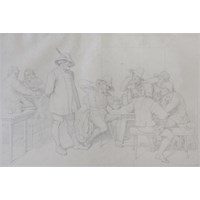 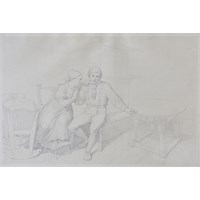 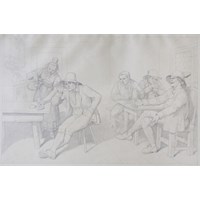 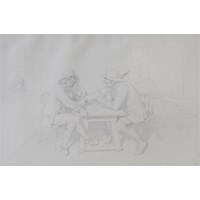 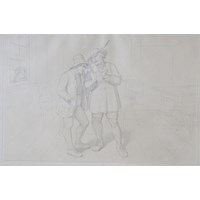 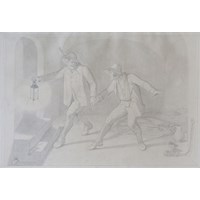 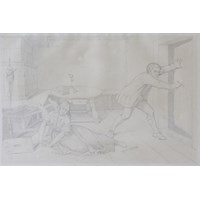 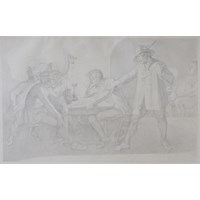