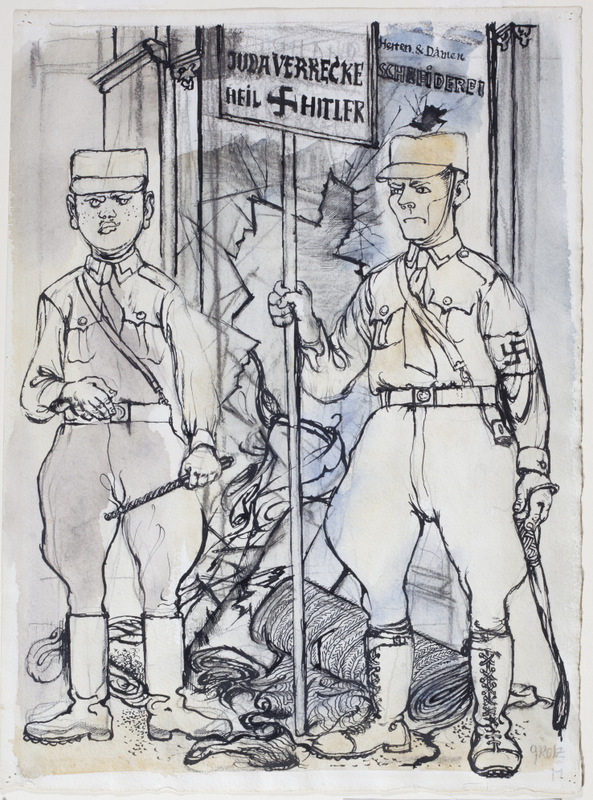 This drawing was made in 1954, when Grosz visited London, commissioned to produce a series of set designs for the play ‘I am a Camera’. It commemorates the infamous attack on Jewish shops and businesses in German and Austrian cities which took place at night, on November 8 and 9, 1938. Named ‘Kristallnacht’ (Crystal Night), after all the smashed glass left in the aftermath. With 91 Jews killed, over 7,500 Jewish shops and businesses destroyed and an estimated 177 synagogues torched or demolished, Kristallnacht marked a frightening escalation of Nazi persecution of the Jews.